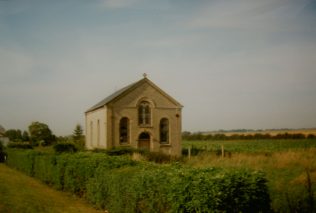 At the time of Keith Guyler’s photograph in 2000 it was an unused store.

Norfolk Heritage Explorer says that the chapel was built in 1868. A photographic survey of the chapel was undertaken in 2010 ahead of proposals to demolish the building and reuse architectural components in a new build.