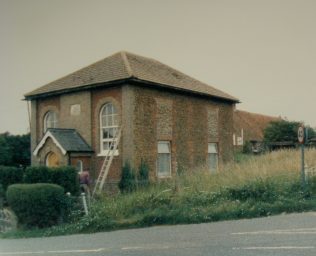 The chapel went out of use in the early 1930s and was converted to a residence by the mid 1930s. At the time of Keith Guyler’s photograph in 1987 it was still in use as a house.

The Norfolk Heritage Explorer website reports that the former chapel burnt down in December 2012. The report on the fire damaged shell concluded that it was not cost effective or structurally viable to utilise the surviving masonry shell. A photographic survey of the structure was carried out ahead of demolition.