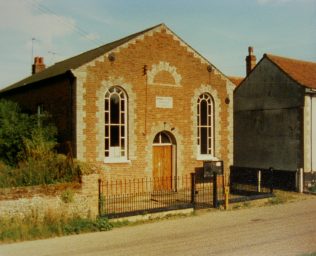 Sporle Ebenezer Primitive Methodist chapel was opened in 1862. There are accounts of the laying of the foundation stone on April 18th  and the opening celebrations on June 8th in the Primitive Methodist magazine of 1862. They have been transcribed in the document attached to this page.

On Google Street View in 2009 it is still in operation and it is shown in 2015 as a current church on the methodist.org.uk website.