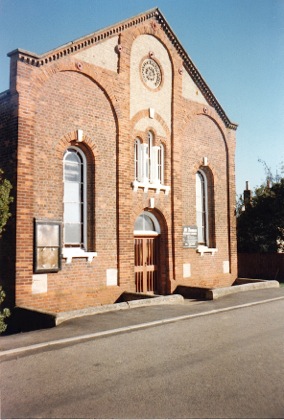 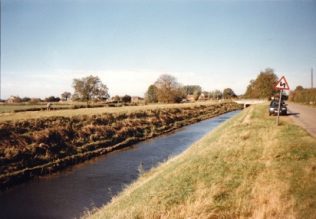 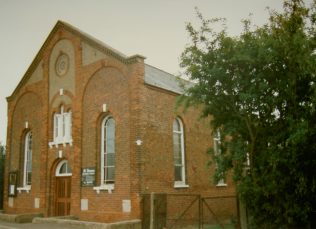 This photo shows the old PM Chapel at Tilney Fen End, Norfolk, between Wisbech and King’s Lynn.  This chapel was closed and sold in the late ’90s and the congregation joined the people at Marshland Smeeth, as part of the project to build a new church at Marshland St. James.  This has now been achieved and there is a thriving congregation of all ages at St. James, Marshland.

The Fenland view from just outside the chapel shows it to be a farming area with a scattered population.  Where the cars are parked, there used to be some houses, built on the very bank of the drain, for whom this would have been their local chapel.

There’s an account by G Tetley in the Primitive Methodist magazine of the opening of an earlier Tilney Fen End Primitive Methodist chapel in 1834. The opening services on 5th October 1834 were lead by Sister Olphin, just over three months after the foundation stone was laid on 30th July 1834.

It was an immediate success.  Every sitting was let, the congregations large and the society lively.