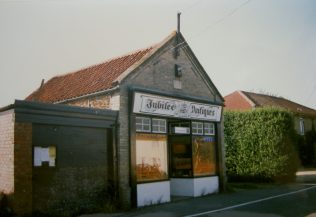 “Watlington, six miles S. by W. of Lynn, is a neat village in  the fertile marshes on the east side  of the great Ouse river. For many years our people have laboured in  this village with considerable success, but have had many difficulties  to encounter for want of a suitable  place in which to worship.

At length, two freehold cottages  were offered for sale, and we purchased them for £30. We have  taken them down and built a good Connexional chapel upon the site,  28 feet long, 18 feet wide, and 13  feet to the ceiling.

On the 21st of September, 1859,  Mr. W. Lift, our circuit steward,  and several other officials from  Lynn, and other parts of the circuit, assisted at the foundation stone laying ; their presence and  offerings to the Lord’s house gave  a lively and vigorous tone to the  meeting, and, although the weather  was very inclement, we raised on  the occasion £10. The chapel was  opened for Divine service, October  30th, 1850, by Messrs. R. Howchin, and C. Hirst, our circuit ministers ; a gracious influence accompanied the word, and the  amount collected was satisfactory.

The cost will not exceed £84.  By a benign Providence aiding us,  we have raised something over the  requirements of our Connexional  rule.”

At the time of Keith Guyler’s photograph and on Google Street View in 2009 it was an antiques shop, Jubilee Antiques.