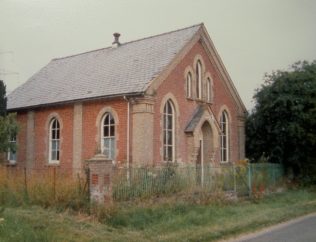 West Acre Jubilee Primitive Methodist chapel was opened in 1887.  It closed in the 1980s.

At the time of Keith Guyler’s photograph in 1987 it was in use as a store.

Google Street View in 2009 shows it as largely unchanged but signposted Westacre Theatre.  By 2015 it has developed into a notable rural theatre complex based around the chapel with Stephen Fry and Sir Antony Gormley as patrons.