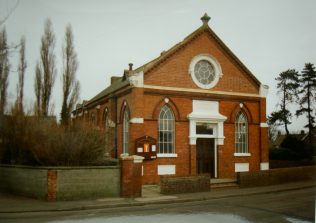 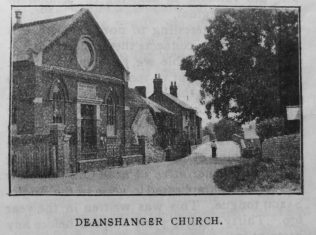 The first Deanshanger Primitive Methodist chapel was opened in 1849.

In the 1850 magazine, George Waite igives an update on raising the money.. n the Primitive Methodist magazine. He reported that they had raised the £20 by collecting half crown coins and a £10 donation from Mr Horne.  The associated tea meeting also resulted in “a  conversion of several souls” and a useful profit.

The building in Keith Guyler’s photograph was opened in 1892.

It continues to serve as Deanshanger Methodist chapel.