This was a Tin Tabernacle 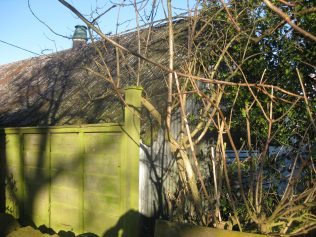 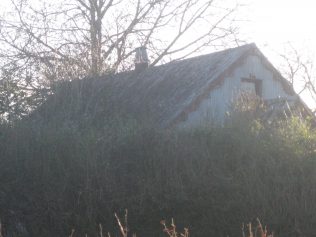 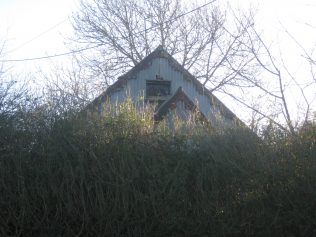 Branxton is a small village 3 miles from the English/Scottish border. Its claim to fame is that it is very close to the site of the Battle of Flodden Field fought on the 9th September 1513. 14000 soldiers were killed in this battle and afterwards many of the bodies were brought down to the tiny Saxon church. Part of this church still exists but in 1849 a new one was built on the same site. It is a most exquisite building standing on its own just outside the main part of the village.

The PM Chapel pales to insignificance in the light of this previous history. Nothing much is known about it except that in the statistical returns of1940 it was still open. It seated 120 on forms.

In 2015 you would not even notice it. This tin tabernacle sits in the garden of a house surrounded by walls and shrubbery. At one time it was used by a joiner as a chapel of rest. Now it lies empty and neglected.