There have been three Primitive Methodist chapels in Hexham 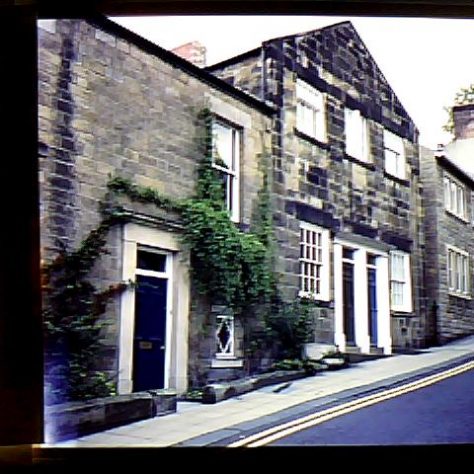 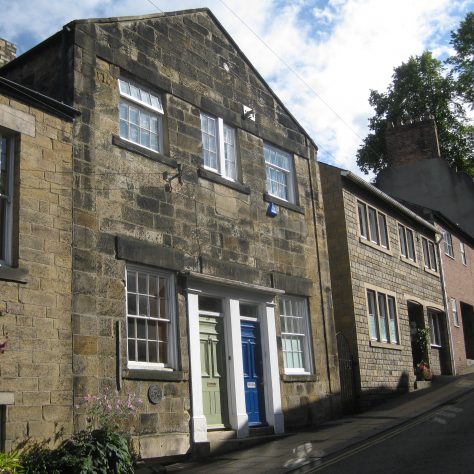 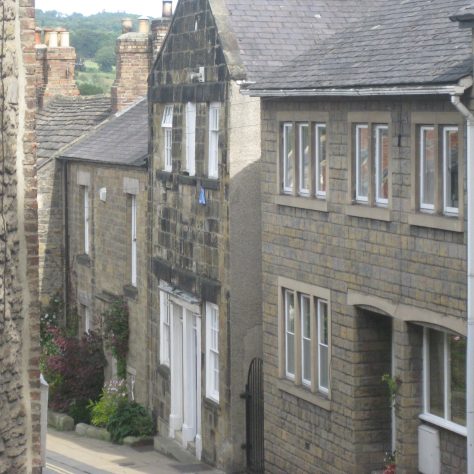 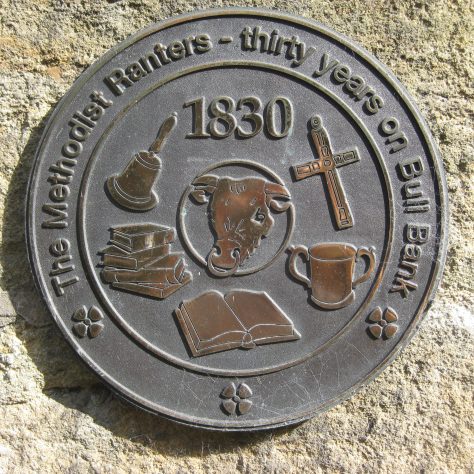 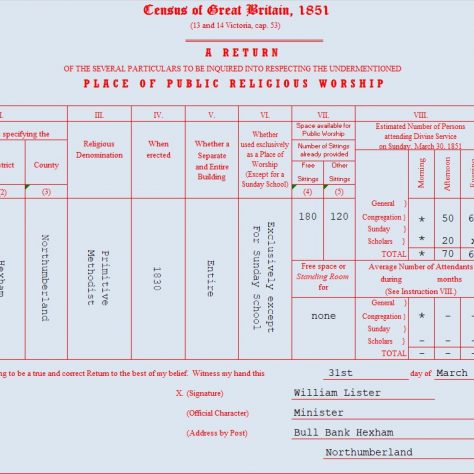 Hexham: Return from the Primitive Methodist chapel in the 1851 Census of Places of Public Religious Worship
transcribed by David Tonks 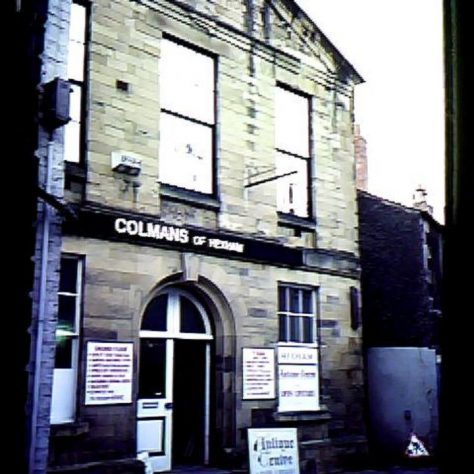 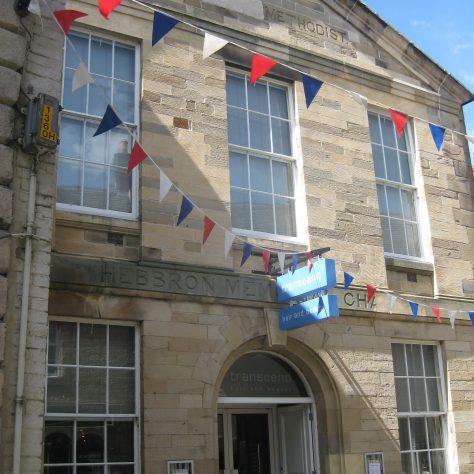 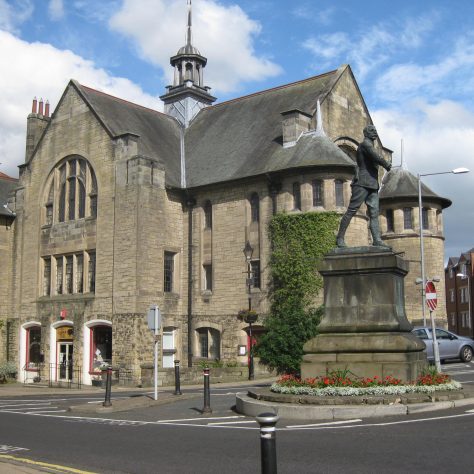 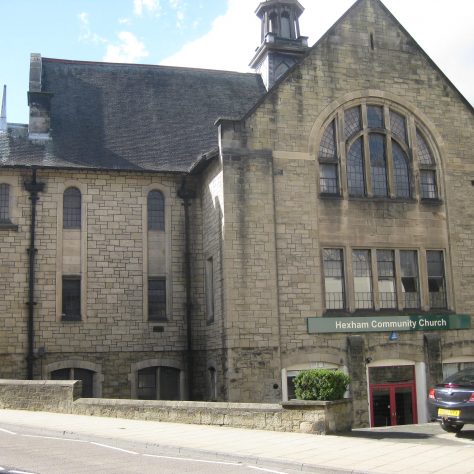 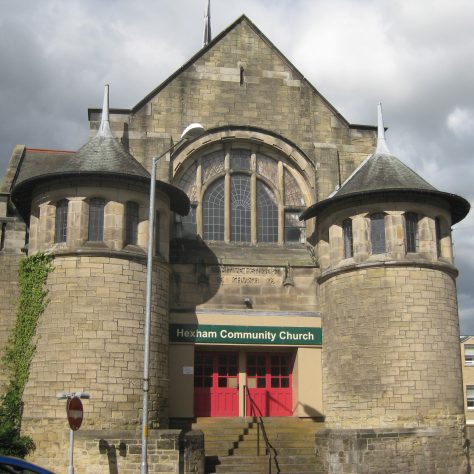 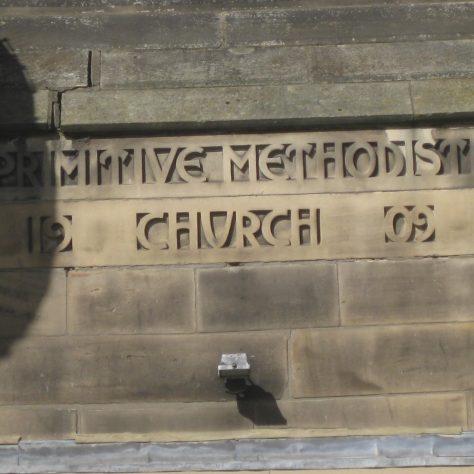 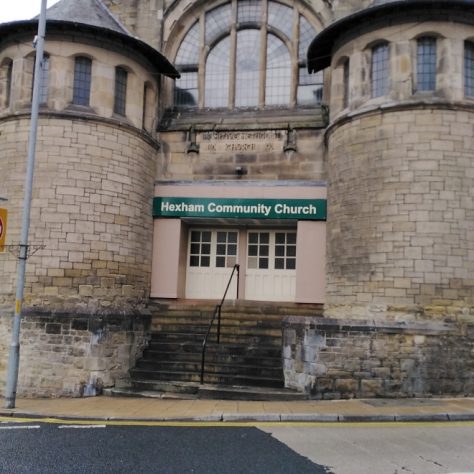 The Primitive Methodists worshiped in Kiln Yard for eight years before their first chapel was opened on July 25th 1830.This chapel was in Bull Bank (known by this name after an inn at the top). In 1860 it closed and was converted into two houses. In 2015 the two houses are still there but the street is now called Hallstile Bank. On the outside of No 26 is a round plaque commemorating ‘The Methodist Ranters – thirty years on Bull Bank’.This plaque is a landmark for one of the historic  trails to discover more about Hexham.

Between 1860-2 a larger chapel was built in Back Street. This was known as Hebbron Memorial Chapel. The chapel was named after Henry Hebbron a preacher who was connected to the circuit by his marriage into the Ridley family several of whom held important positions in the area. The position of this chapel was thought by many not to be a good one and the failure of the society to succeed was blamed on this. It closed in 1908-9. What happened then we don’t know but in 1970 Coleman’s of Hexham had established an Antique Centre here. In 2015 the building is still there and is being used by a hairdresser ‘Transcent Hair and Beauty’ but the name of the street has changed to St.Mary’s Chare.(a chare is a local word for a narrow lane between houses. It is word commonly known in Newcastle-upon-Tyne).

The third Primitive Methodist chapel was built in 1909 on Battle Hill. This a large imposing building with two tower like structures on it .It closed when the Methodists in Hexham joined together to worship at West End Methodist Church. In 2015 the Battle Hill premises are Hexham Community Church.

You can see a book plate from one of the foundation stone layings here.

Hexham New Church (2 MB Adobe Acrobat document, opens in a new window)
A description of the building of the third PM chapel at Hexham published in the Primitive Methodist Magazine 1910