This small stone built chapel was erected in 1855 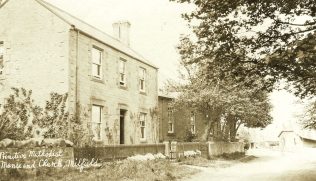 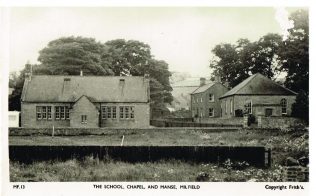 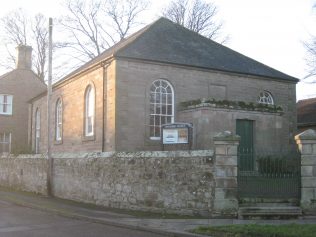 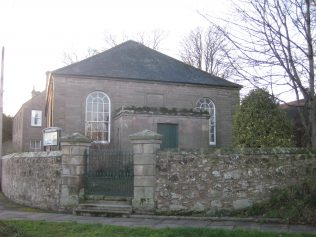 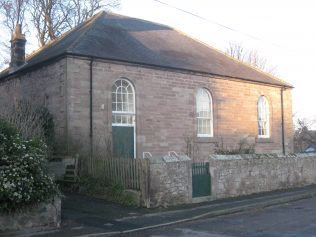 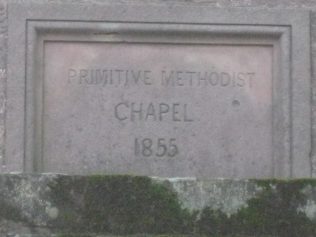 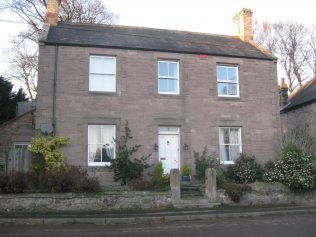 zoom
This house was once the Manse to Milfield PM Chapel 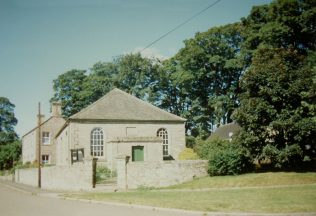 Milfield is a village north west of Wooler. On one side are the Cheviot Hills on the other the plain of Milfield. It is a place of historical interest. The Saxon king Edwin built a palace here and nearby Homildon (Humbleton) Hill was the scene of a battle between the Earl of Northumberland with his son Henry Percy -known as ‘Hotspur’ and the English in 1402.

The chapel sits in a prominent position as you enter the village. Together with a manse it was built from stone quarried at nearby Doddington. The roof is of Welsh slate. It is a grade 2 listed building the  listing having been put on in March 1998. It has been lovingly cared for by a small congregation. The garden surrounding the chapel was planned and maintained by two faithful society stewards Jim Anderson and Alec Spence.

In 2015 the chapel is still open for worship the service being held at 9.00am. The preacher at this service usually goes on to take the 11.00am service at Donaldson’s Lodge

There’s an account by Adam Dodds in the 1856 Primitive Methodist magazine of the opening of Milfield Primitive Methodist chapel. Milfield is described as a village with a population of 200 in the parish of Kirknewton. It was missioned by the Bible Christians in 1824 and their society was replaced by Primitive Methodists in 1829, led by W Lister. The society produced several local preachers, with M. Clark (of Melbourne, Australia) and Adam Dodds going into the itinerant ministry.

The society met in the village school-room, lent free by the Trustees, but on August 16th 1855 the foundation-stone of a chapel was laid by Mrs. Clark, the first member of the society, assisted by her husband; the Clark family were central to the society. The opening celebrations started on January 20th 1856; addresses were given by Mr. W. Lister, of Westgate, Mr. H. Hebbron, of Gateshead, J. Waite, J. Bell, J. Brown, G. Craik and Mr. Robson, of Galewood,

The chapel and school-rooms were built of free-stone, covered with blue slate, with 5 circular and 3 square windows. The chapel was 38 feet long by 32 feet wide inside, and 16 feet from the floor to the ceiling. It seated 255 persons.

J. A. Grey, Esq., of Milfield-hill, provided the quarter of an acre of land for the chapel, on a lease for 99 years. Donations came from John Grey, Esq. of Dilston and the Honourable Earl of Durham.