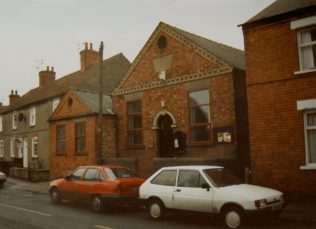 Methodism was strong in the village and the Primitive Methodist chapel erected in 1862 still stands on Pinfold Street.  The smaller Sunday school  next door  was opened in 1889.

It was closed in the 1960s and used subsequently for a while as the Parish Council offices.