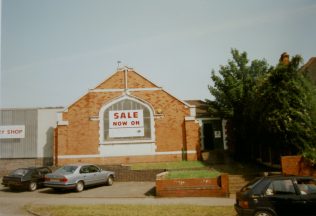 In 1925 a new shaft was sunk in Blidworth pit and families from Staffordshire, Yorkshire and the North East of England came to live in the new village that was being built. Some of the people came from regions where Primitive Methodism was strong and a new chapel opened on the 24th March 1928.  It has the same design as New Ollerton Primitive Methodist chapel which was also built in 1928.

The two Methodist chapels in Blidworth amalgamated in 1970.  Whilst the Methodist church on Main Street is still open, the Dale Lane chapel was turned into a clothing outlet which is shown in Keith Guyler’s photograph of 1996 and Google Street View of 2010.