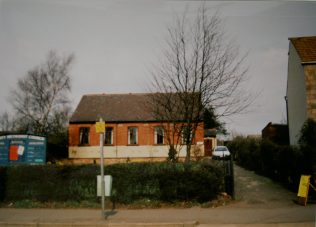 Forest Town Primitive Methodist chapel was opened as part of the rapid development of the area in the first decade of the twentieth century and it is still active in 2015 as Trinity Methodist Church.

The Bolsover Colliery Company sank the shafts of the Mansfield Colliery in 1904, and coal was reached in May 1905. Accommodation was needed for the miners, and a whole new village was established.  The Primitive Methodists built a chapel/schoolroom in 1905 situated next to the Travellers Rest Farm, a building that can be dated back to the 1850’s. Across the road from these the Wesleyan Methodists erected a tin chapel in 1913.