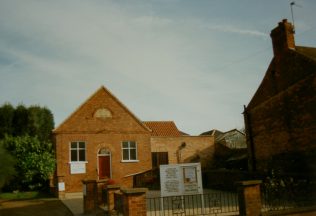 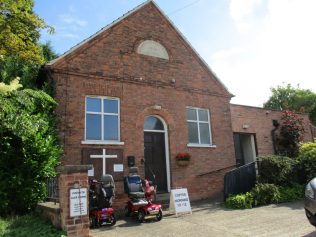 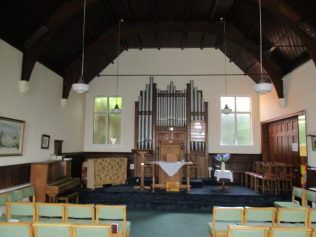 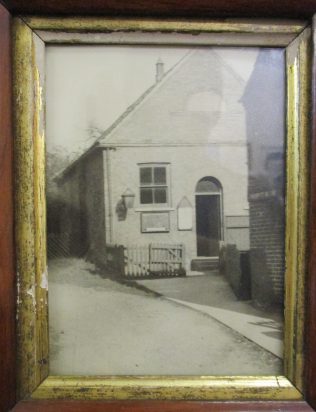 zoom
early picture of Lowdham Primitive Methodist chapel with cottage immediately in front
Christopher Hill 2016; from a picture in the Sunday School 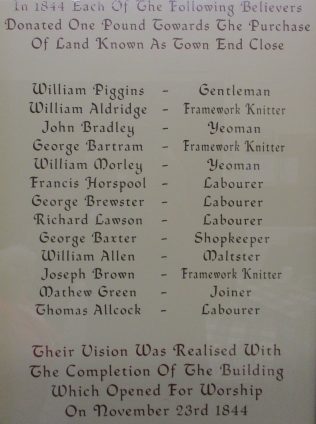 zoom
founders who each donated £1 to buy the land for Lowdham Primitive Methodist chapel
Christopher Hill 2016; from a notice in the Sunday School

Lowdham is north east of Nottingham. Lowdham Primitive Methodist chapel was opened in 1844.

In 1844 a group of local people of various means and occupations each contributed £1 to buy a plot of land immediately behind a cottage which fronted onto Main Street to build a chapel on.  The chapel was opened later the same year; the cottage has since disappeared, although it can be seen in an undated photograph displayed in the School room.

By the time of the 1851 Census the Lowdham population was 930 of whom 491 were worshippers at the services at St Mary’s, the parish church. Worshippers at the Wesleyan Chapel in Ton Lane totalled 223 and at the Primitive Methodist Chapel 140.

At the time of Keith Guyler’s photograph in 1997 it was an independent Primitive Methodist society, rather than a member of the Methodist Connexion.

I visited it in September 2016 and found the chapel still active, still independent and a coffee morning in full swing.  I was assured that the difference between the two Methodist chapels in the village was that those ladies that went to the Wesleyan chapel wore nice hats.  The interior of the chapel is comfortably furnished with carpets and upholstered chairs, but what made me smile as an organist myself was the Victorian pipe organ behind the pulpit.  Closer examination shows that all the internal workings of the organ have been taken out leaving a very useful store cupboard.