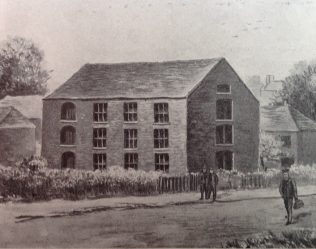 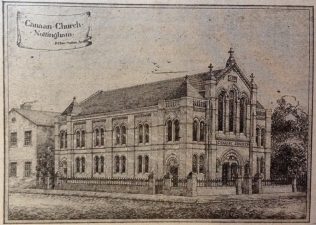 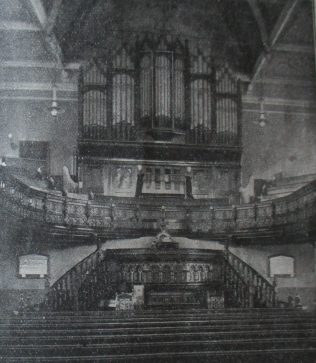 Following the successful mission of Sarah Kirkland to Nottingham, the first society was formed in 1816, meeting for worship in the middle room of a disused factory in Broad Marsh, large enough to hold 1,000 people.

16 people were converted at the opening services, of whom 10 became local preachers.

The first chapel was built in 1823, only 20 yards from the old factory. One of the first women travelling preachers, Jane Brown, preached the sermon at the opening service. In 1828 the chapel was extended by adding a gallery on two sides and at the end of the building.

How did it gets its name?

Broad Marsh at this time was a maze of little streets, with no road running through, and many people had difficulty finding the chapel. When the Primitive Methodist Conference was first held there in 1826, many of the delegates got lost in the labyrinth of streets.

A new hymn, which was very popular at the time, had the chorus, ‘Canaan, bright Canaan, I’m bound for the land of Canaan.’ John Garner had the bright idea of borrowing a ladder and chalking the words ‘Canaan Street’ on the chapel wall, so that they could be seen by the delegates from a distance, over the roofs of lower buildings.

It is said that before the chalk had worn off, council officers came to name the new streets, and seeing that this one was named already, kept the name. So the chapel gave its name to the street.

In the 1880s, at a time when ‘a building of great size was considered indispensable’, it was decided to build a new much more impressive chapel on the same site, reflecting the increased respectability that had been acquired by Primitive Methodists.

This building, like other large city churches built in the later 19th century, was always too big for the needs of its congregation.

In June 1916, when the Primitive Methodist Conference was held in Nottingham, ‘the world’s centre of the lace industry’, ‘war conditions and the calling up of married men’ added to the difficulties of organising such a major event.

However, Canaan Church provided a suitable venue, being ‘commodious and eminently suitable for the purpose. The floor space will be ample for the myriad needs of a busy and influential assembly. The capacious gallery will seat comfortably large crowds of visitors, and the acoustic properties of the building will be found all that could be desired.’

A Memorial to Women

It was noted with pride that the delegates would be seated ‘not twenty yards away from the spot where Sarah Kirkland 100 years ago preached with rare spiritual power to crowds of people.’ The article continued, ‘A woman erected the corner stone of Primitive Methodism in Nottingham, and Canaan Street stands as a memorial.’ Not just Sarah Kirkland, but another of the first Primitive Methodist women ministers played an important part in the history of Canaan Street. Jane Brown took the service at the opening of the first chapel in 1823.

In its early years Canaan Street ‘was a mighty religious force’. Town missions were organised, and it became the mother church of Primitive Methodism in Nottingham. The first circuit grew, and out of it were created six Nottingham circuits in the city alone.

By 1916 numbers were declining due to the migration of families to the suburbs. This caused difficulties for the society, who were still saddled with a heavy debt from the building of the chapel in 1883.

Although the chapel survived a Zeppelin raid later in 1916, it suffered bomb damage during the Second World War, and was closed for worship on 27 June 1948. This impressive building was demolished, following a fire, the following year.

Records for Canaan Street Primitive Methodist Church, dating from 1819-1948, are kept at Nottingham Archives. These include registers, Sunday School papers, and letters.

H B Kendall, The Origin and History of the Primitive Methodist Church, vol 1, pp 202-206

The Primitive Methodist Leader, 8 June 1916, p356. For other Nottinghamshire churches mentioned in this article, follow this link.