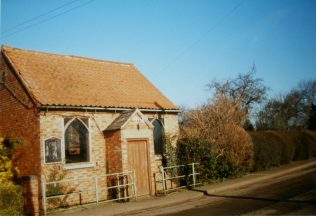 On Methodist Union in 1932 it chose to remain an Independent Primitive Methodist society. At the time of Keith Guyler’s photograph in 2000 it had closed.

I am unable to track down its precise location in 2015.