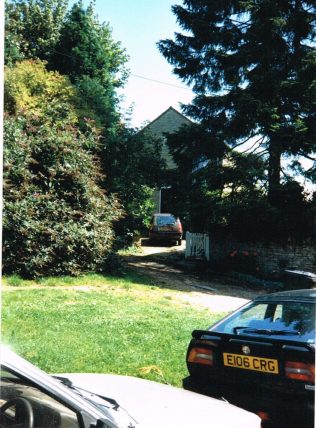 “An out-house in Bladon was licensed for Primitive Methodists in 1847, and although no return was made in 1851 the congregation seems to have been meeting in 1857 when the rector reported two dissenting chapels, apparently both in Bladon. A Primitive Methodist chapel was recorded in 1864, but the surviving building in Providence Place bears the date 1868.


Later 19th-century reports of the strength of Bladon Methodism do not distinguish between Wesleyan and Primitive Methodists. In 1866 the rector complained that the only man of influence in Bladon, a small farmer and tradesman, supported dissent. There were two or three Methodist local preachers in the village in 1871, and in 1891 the only farmer in the parish was a Methodist, as were two of the three shopkeepers. In 1895 the Methodists protested vigorously at the ‘High Anglicanism’ of the curate at the parish church. Methodism was still strong in Bladon in 1985.

The Primitive Methodist chapel closed after the Methodist union of 1932, and was in 1985 a private house. The former Wesleyan chapel became the Methodist church, and in 1985 was served from Kidlington.