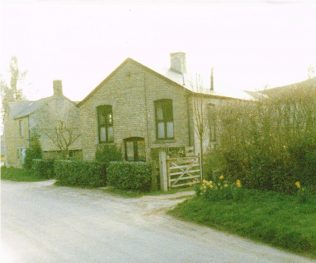 Victoria County History for Oxfordshire tells us that :

In Keith Guyler’s 1990 photograph and Google StreetView in 2009, the building is shown as a house.