You are here: HomenextChapelsnextOxfordshirenextMilton under Wychwood Primitive Methodist chapel 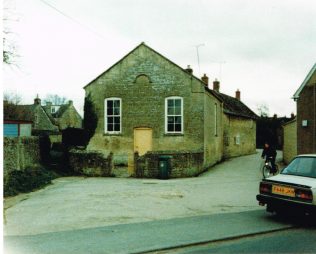 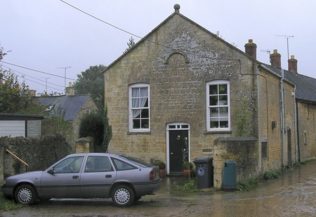 Keith Guyler notes that the chapel opened in 1860 and closed in 1985.  The 1881 Ordnance Survey map shows both a Primitive Methodist and a Wesleyan Methodist chapel, close to each other on Shipton Road.  The 1889 map shows only the Prim chapel, with the Wesleyan chapel marked as the parish room. By 1990 planning permission for conversion to a house had been obtained.

In 1859 an old cottage and hovels were demolished to build the Wesleyan Chapel.

The Primitive Methodist chapel held its final service  in 1986 and is now a private house.

Two long serving members of the chapel were Innes and Gladys Baldwin. Innes was born in 1920 and tells me how he was christened on the kitchen table at home by the minister who was probably Rev W. Arthur Williams. Innes tells the story of Tom Bench, a local preacher, who arrived one Sunday by bike for the evening service. As he emerged after the service the ground was thick with snow – and he had to cycle back to Chipping Norton.