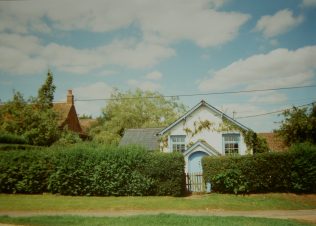 The Primitive Methodist chapel at Park Corner opened in 1851.

The Primitive Methodists were dismissed by the long-standing high-church Rector as ranters and initially aroused ‘warm opposition’, but later received considerable support from local farmers and labourers.

The Park Corner chapel remained open until 1958.  It was then converted into a house.