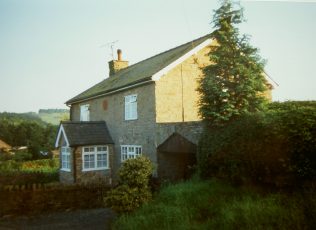 In the Primitive Methodist magazine, John Harrison tells us that the chapel opened from January 20th 1850.  The opening preacher was Mr Pugh of Shrewsbury. Previously the society had met in a cottage, but when the society outgrew it, William Willoughby George Hart Sitwell granted a site on a 99 year lease at 1/- per year.