This chapel is now demolished 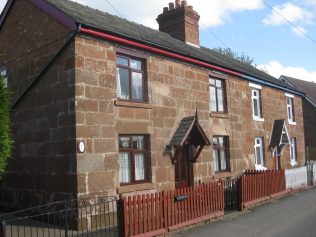 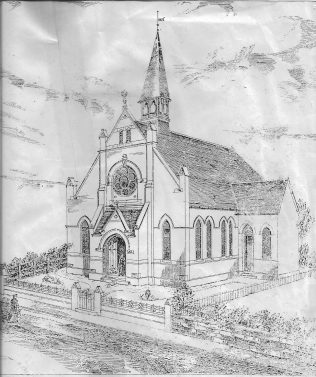 zoom
Photo No.2 The 1891 PM Chapel
Cockshutt and Petton Remembered - a publication of The Cockshutt Parish History Group 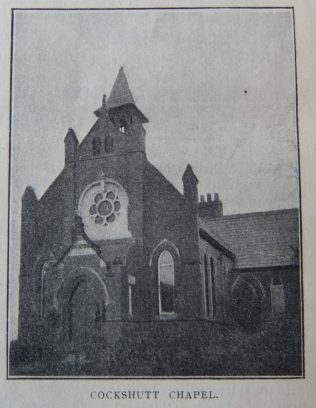 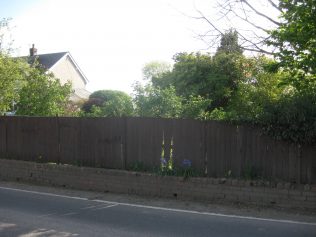 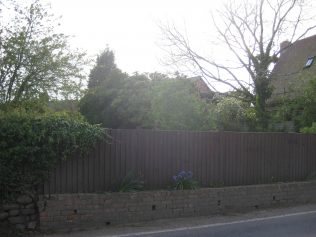 The first Primitive Methodist chapel in Cockshutt was built on the south side of the village. In 2015 it is a pair of sandstone and brick cottages. See photo No.1

In 1891 a new red brick chapel with a slate roof and spire was built. It was situated near to the Shrewsbury Road. It was impressively large for such a small village.

‘It had a centre pulpit with rails round and rows of pews about ten each side with solid backs. The wall above the altar was painted blue and pine folding doors led into the schoolroom. There was no heating at first except for three Valor stoves,but eventually tubular heaters were put along the back of each pew. You had to be very careful not to burn your knees! The chapel also had a stage and Methodists from the area would come to Cockshutt to perform for the villagers. A paraffin lamp was positioned by the doorway to light the entrance. Two large buttresses were built outside to support the large crack that had appeared behind the pulpit. The toilet facilities were outside round the back. The chapel was well supported and had two anniversaries each summer,one for the grown ups and one for the children. There were two services each Sunday,afternoon and evening,when many children would sing by themselves,recite poems,perform duets and group singing all for children aged three to fifteen years.’ ( ‘Cockshutt and Petton Remembered’ researched and written by members of The Cockshutt Parish History Group.)

The chapel held its last service on November 9th 1969 and it was demolished in the early 1970s.

Many thanks to Wendy Jones who gave us access to the above information.