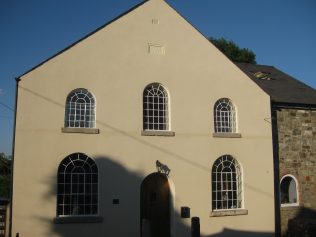 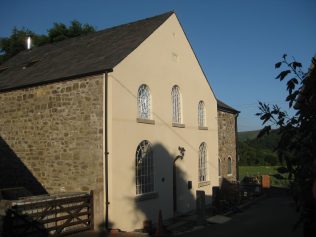 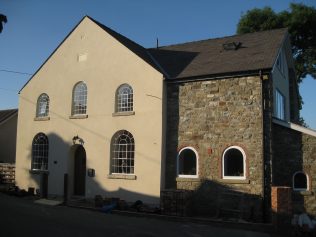 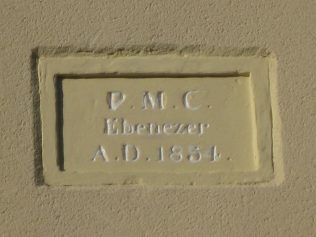 After closure the chapel was sold. It was then converted into a dwelling and the attached Sunday School was pulled down to enable an extension to be built for the house.

“Dear Editor,— On Sunday, April 29, 1855, a very neat little chapel was opened for Divine service, in this locality ; in the morning and evening by the Rev. T. Jones, Independent minister, Pontesbury, and in the afternoon by Thomas Brocas, Esq., Copthorn-house, Shrewsbury. The sermons were highly satisfactory, and the collections liberal.

The chapel is built of stone, 27ft. by 21ft. and 10ft. high from the floor to the wall plate. It has two windows in each side and two in the east end , has a boarded floor, is well ventilated, and will comfortably accommodate 120 persons.

The entire cost, when completed, will be about £120., towards which £35. have been already realized, and when other subscriptions are forwarded, the chapel will be in comfortable circumstances. We tender our thanks to Captain Barrot, of whom we

purchased the land, and who returned the money, except 5s., which he gave to the general missionary fund. We are also under obligation to Miss Barrot for collecting £5 and to another friend for up wards of £6.; and to all who have interested themselves in collecting and contributing towards the erection, we tender thanks. ” Hitherto the Lord hath helped us.” and to him we would ascribe the glory.
James Arnold.”