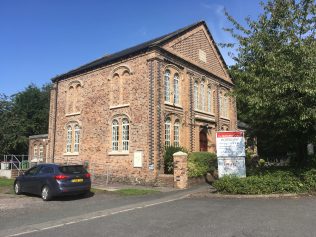 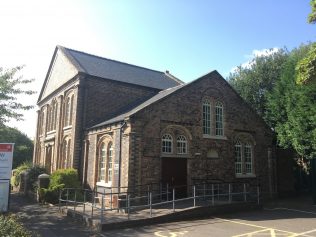 Current information about the chapel can be seen on the church website.

Horsehay is described as a rapidly growing place “meagrely supplied with places of worship”, about a mile from Dawley “at which there is an extensive iron forge etc. belonging to the Coalbrookdale Company in which there are employed many men and boys.”  Missioned by folk from the Wrockwardine circuit, a society was established at Horsehay which for a number of years met in various cottages.  In due course a piece of land was obtained from the Coalbrookdale company on a 999 year lease at £1 a year and the contract for building won by the Price brothers, “two young men of good character and enterprising spirit.”

A tea meeting was held which raised £40 and on Monday October 28 1857 the foundation stone was laid. Mr Tillotson of Wrockwardine Wood preached and the stone was laid by John Guy of Madeley using “a small but elegant electro-plated trowel.”