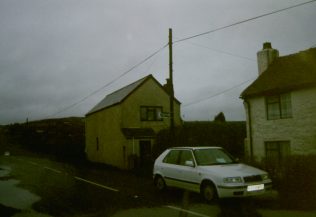 Knowle Primitive Methodist chapel shown in Keith Guyler’s photograph was opened in 1917.  It was closed in the 1970s and at the time of the photograph in 2000 had been converted into a house.