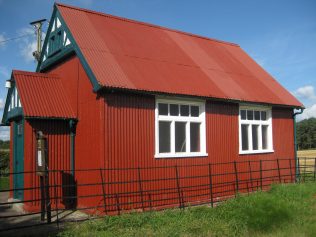 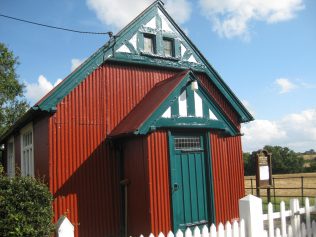 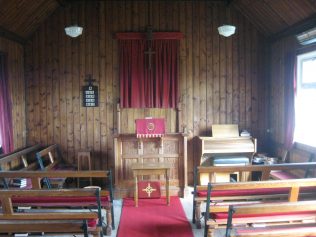 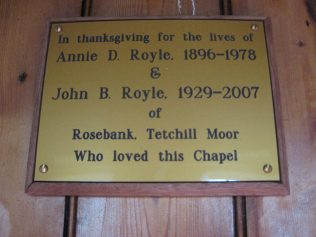 A Methodist society was established in Lee Bridges in the nineteenth century and this corrugated iron chapel was built in 1898. Buildings of this kind were known as “tin tabernacles” or “iron churches”. They were often built as mission halls or temporarily while a congregation awaited a new build. The main problem with them was rust which made maintenance difficult. Lee Bridges does not have this problem and it makes a surprising impact where it stands in this very rural area of Shropshire.
.
It is quite a remarkable building outside but not half as remarkable as the inside. This is totally wood panelled. The wooden pews have backs similar to those found on old trams where the backs could be changed to face the direction in which you were travelling. The plaque photographed can be found inside.

Clive Lea showed us round. At least two generations of his family have completely maintained this chapel and continue to do so. Worship continues here today in 2012.