This chapel in the rural district of Oswestry is still being used for worship. 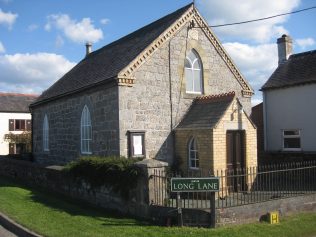 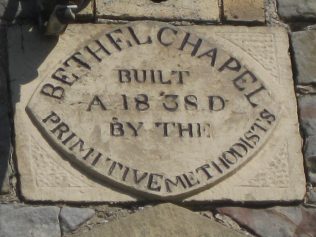 The chapel at Morton was opened for worship on the 28th October 1838. There was not enough money to pay for the building and the society there were left with a debt. However they went forward in faith and prayed that they would be able to find the rest of the money. Their prayers were quickly answered when one William Rogers an elderly gentleman from Crickheath and his nephew agreed to pay off the debt. William ‘anxiously requested the society to pray for him that he might be saved’. We do not know the outcome.

The stone chapel sits on the corner of a cross roads and seats about 70 people. It faces what was the old smithy and it was here that John Morry, a preacher and blacksmith, lived. He was born in Ashley near Tunstall the son of a blacksmith. As a child he remembers Hugh and James Bourne and James Nixon visiting his father’s house. In 1834 John Morrey was converted and his name appeared on the plan. Three years later in 1837 his name appeared on the Oswestry plan as a minister. He was in the ministry for only 9 months feeling that as a simple man this office was somthing he could not live up to. People who knew him thought differently. They said he was a preacher and speaker of the highest rank, highly intelligent and of a striking personality. After his decision to withdraw from the ministry he settled at Morton as the blacksmith. He spent his long life dedicated to the PrimitiveMethodistChurch and good causes. He died in 1908 in his 91st year having been a local preacher for 73 years.

The photographs were taken in April 2012