This chapel is still in use for worship. N.B. spelling on plaque. 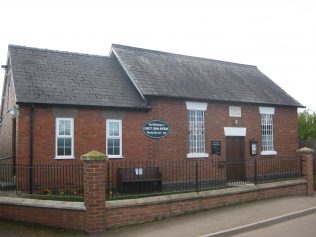 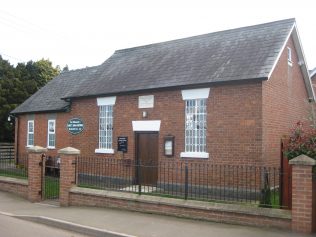 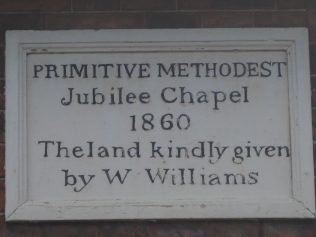 John Guest writes about the opening of the chapel in the Primitive Methodist magazine:

“We have succeeded in building a neat little sanctuary at Northwood. This chapel was opened for Divine worship, November 25th, 1830, on  which occasion three sermons were preached by Mr. G. M. Morgan, of Bilston, and the writer. The chapel was crowded, nor could all be accommodated. The glory of God filled the sanctuary.

The building is 27 feet by 18, contains S rising pews, and a suitable rostrum. The chapel is open to the roof with stained beams and rafters. The sum of £9 6s. was collected at the opening, which, with what had been previously obtained, makes a total of about £63. We are expecting much good to be done in this ” House of prayer.” God grant it Amen.”