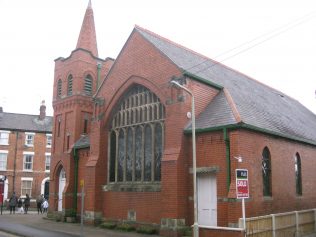 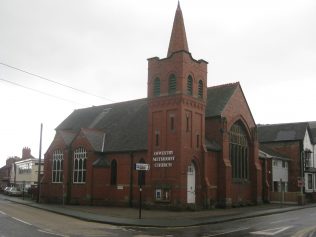 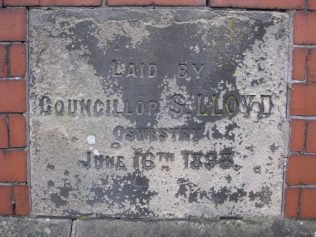 zoom
Is this the same Councillor S. Lloyd who laid a foundation stone at West Felton? 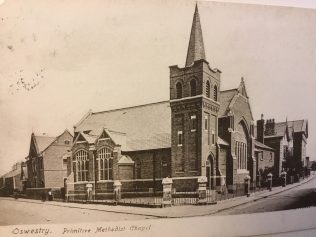 The first chapel on this site was built in 1840 .It was called ‘Ebenezer’. The foundation stone for the present large Victorian red brick building was laid on 16th June 1898 and the chapel was opened in 1899. It sits on the corner of Chapel Street and Castle Street.  It has had various extensions added to the  side and in 2014 remains open as Oswestry Methodist Church.

The new chapel which measured 14 yards square by 6 yards high, had 20 pews seating 100 people.  There was a double entrance, 2 fire-places and 7 windows. Built of brick with columns and cornices of Roman cement, it was lit by gas.

The 1:2,500 Ordnance Survey map for 1875 shows it as on the same site as the chapel in these pictures. The 1901 map shows it as enlarged and a more complex shape than the original square footprint.