The first PM chapel in Prees Green was built in 1843. 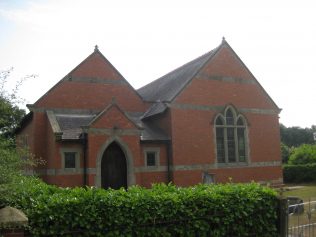 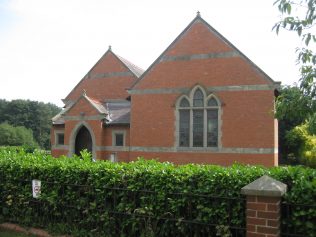 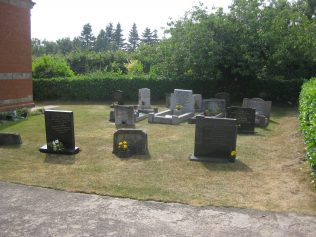 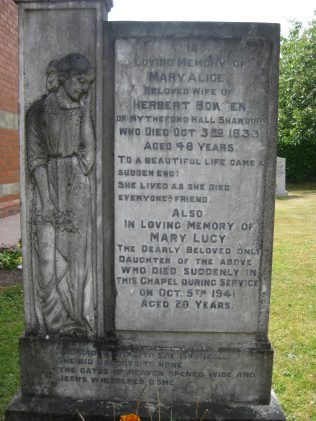 zoom
This gravestone has a mystery to it

The earlier chapel was replaced by the present brick built one in 1933. Is this too late to be called a Primitive Methodist Chapel?

The graveyard surrounding the chapel is interesting. It has an 1833 burial. The inscription on it reads ‘In Loving  Memory of Mary Alice beloved wife of Herbert Bowden of Wytheford Hall Shawbury who died Oct.3rd 1833 aged 48 years, also, In Loving Memory of Mary Lucy the dearly beloved daughter of the above who died suddenly in this chapel during service on Oct.5th 1941 aged 20 years’.

There is something very wrong with this inscription. Dates? Relationship of the two people buried here? Was this graveyard here before the chapel was built bearing in mind that the earlier chapel was built on a different site?