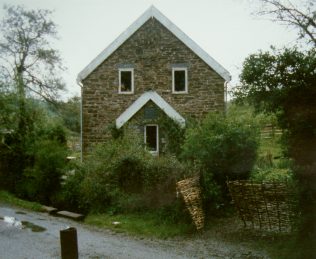 The notes with Keith Guyler’s photograph say  that the chapel was opened in 1868  and closed in the 1960s.

At the time of the photograph it had been converted into a house.