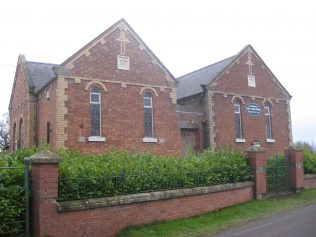 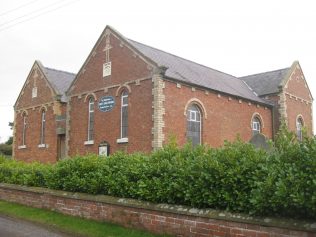 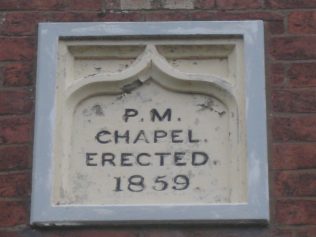 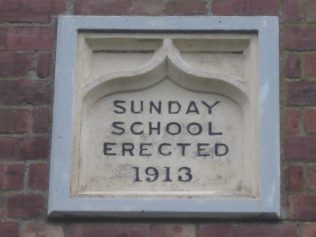 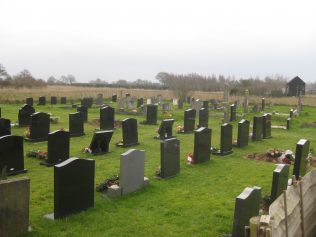 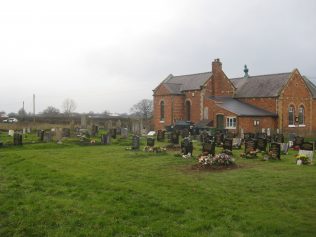 The laying of the foundation stone on October 12th 1859 for what he calls Welch End Primitive Methodist chapel is described by John Guest in the 1859 Primitive Methodist magazine. I take this to be the same chapel as the opening date is the same and he locates it in the Prees Green circuit; Prees Green is close by.The previous chapel was dilapidated, so they pulled it down, cleaned all the bricks and rebuilt on another part of their land.

“First we had a tea meeting, the viands for which were gratuitously provided by a few friends. The meeting which followed was presided over by Mr. W. Powell, and was of a delightful character. Addresses were given by Brothers J. Humphries, T.Hall, B. Deakin, and the writer.

On Sunday, January 29th, three sermons were preached to crowded congregations ; in the morning and evening by the Rev. H. Higginson, and in the afternoon by myself.

The chapel is 30 feet by 18 ; the walls are of red and white bricks, the white ones being used in the comers, the coping, and the wallplate cornicing. It has a neat rostrum, and eight rising pews, and will accommodate 120 persons. The fronts of the chapel and burial ground are fenced with a dwarf wall and iron pallisade, the gift of Mr. Joseph Higginson. The cost will be about £165, towards which we have obtained £55 16s.”

In January 2018 the Chapel is still open for worship and other activities. The Chapel and School Room (erected or opened in 1913) is starting to look a little ‘sad’ in appearance. There is an extensive graveyard which was at one time, in the past, around three sides of the buildings ( see photo on Shropshire’s Nonconformist Chapels web page). It now only covers land on the rear and one side of the Chapel. It is still open for burials as there was a new grave dated January 2018. There was a gravestone with an 1877 date.