This chapel was opened in 1896 but today it is the garage of the bungalow that stands behind it. 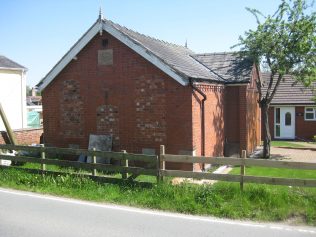 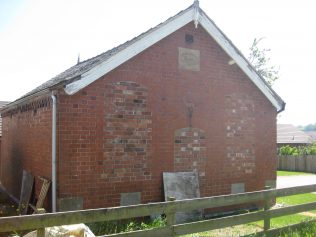 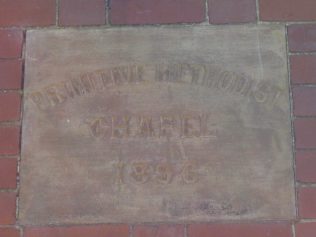 In 1882 Wern was included in a list of intended Camp Meetings. No indication was given as to where these would be. A year later the Llanymynech Circuit appointed a steward for the Wern Society and stipulated that the preachers planned there should lead a class and be given a class book. By 1885 Camp Meetings were still planned and in September of that year it was decided “That there be preaching services at Wern on Sabbath evenings”. In 1888 Wern had “Tea Meetings” and in 1894 a Harvest Thanksgiving Service and a “Lighting and Cleaning” Service BUT IT HAD NO CHAPEL!

In 1895 the society thought about building an iron chapel but this was soon dismissed and the following year a piece of land was purchased for £5 0s 0d. It had a 9 yard frontage to the road and was 11 yards deep. The opening services  of this little red brick one room chapel were held in the autumn of 1896. There was seating for 80. In 1978 there were five members and services were held there three times a year.

Today in 2012 the front entrance has been bricked up and a side entrance made wide enough to take a car. The chapel now acts as the garage for the bungalow which stands immediately behind it.