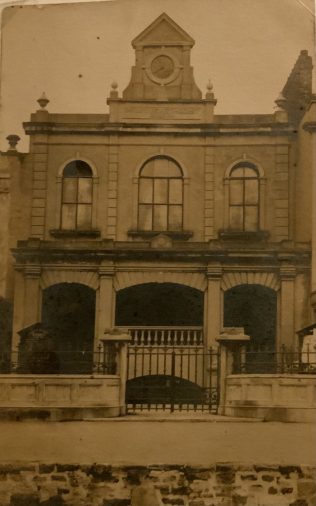 zoom
Not Glastonbury Primitive Methodist Church, despite the name written in pencil on the reverse of the postcard. It is The Parade, Exmouth

Glastonbury?
This card has Glastonbury written in pencil on the back it is clearly a Primitive Methodist Church
Sorry I don’t know more

Steven Wilde supplied this picture, and although he didn’t think it was Glastonbury chapel despite that being written on the back, he did not know where it was.  Thanks to John Anderson for tracking it down to the Primitive Methodist chapel in The Parade, Exmouth.  And of course there is already another picture of it and the chapel’s story on this site!  You can see it here.