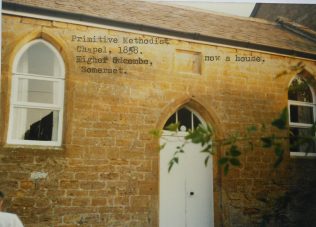 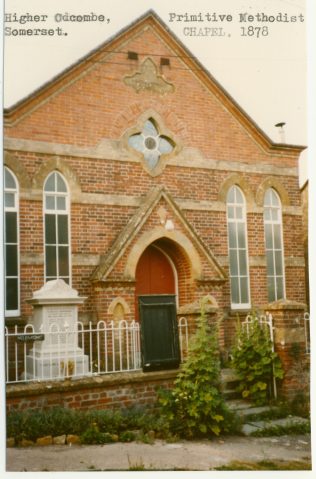 The  Higher Odcombe Primitive Methodist chapel in the picture on the south side of Chapel Hill was opened in 1858. Google Street View in 2009 shows it in use as a house.

Directly opposite on the north side of Chapel Hill is the 1878 chapel built as a replacement. The original chapel was used as a Sunday School.

The second chapel closed in 2005 as funding could not be found to address the subsidence at the rear of the building where it adjoins the school building. £100,000 was needed to bring the building up to standard, but the Society could not afford the bill.  In 2009 it is shown in use as a house.

There is an account by G Blackwell of the opening of the 1858 chapel in the Primitive Methodist magazine of 1858. There’s a story here half told; the society was growing steadily and a second preacher was appointed “but a division ensued, societies were broken up, useful members were lost to the Connexion… …From that time although at intervals sinners have been converted, the damage done to the station has not been recovered“