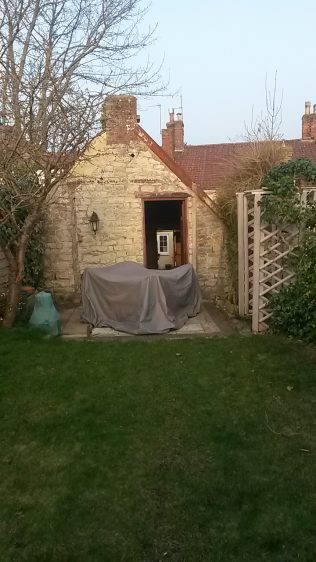 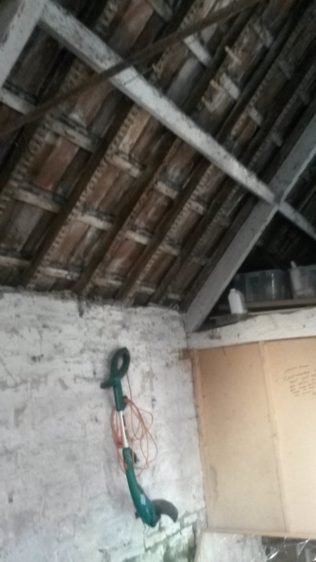 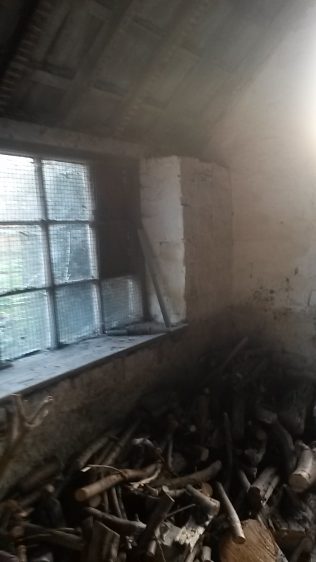 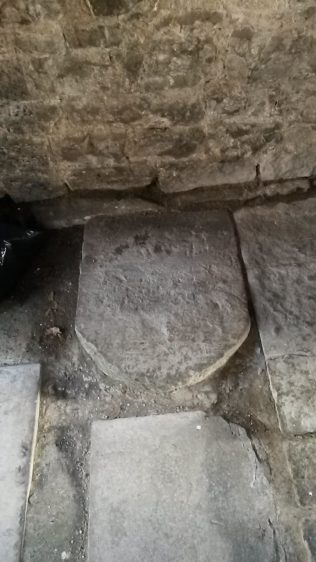 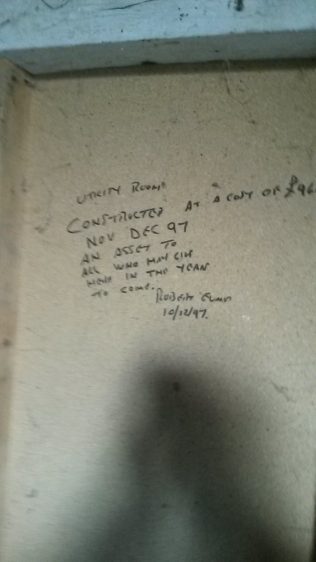 The Primitive Methodist chapel in Queen Camel, shown on Ordnance survey maps as a “Mission Room” was in the back yard of a house in High Street.  The house is now known as Chapel Cottage.  Access was possibly to the right of the current cottage.

Primitive Methodists had been holding evening preaching in the village in 1861 when a travelling preacher stayed at the Mildmay Arms.   The chapel itself was created in 1893 and had some limited success.  It was used as a billet and first aid post during the second world war and sold in 1947.

Dave Scully’s research shows that it has since been adapted and is currently used as a store and workshop in the cottage’s back garden. The front has been extended outwards by about 3 or 4 feet. The roof is made of Roman tiles.

The Primitive Methodist magazine tells us the story before the Queen Camel society established its home in the building on this page – and it made me smile. Does this relate to the chapel in the picture or a fore-runner?

“Sometimes complaint is made that we still continue mission work in sparsely populated localities where not mush result can be looked for. Those who thus complain should remember the necessity there is for such sacrifice on the  part of our church.A village in Somersetshire (Queen Camel) was part of one of our mission stations some fourteen or fifteen years ago .

The rector of the parish happened to be the proprietor of most of the land, and Lord of the Manor. The room that we occupied was part of a leasehold which the rector’s predecessor in proprietorship had granted.

The lease fell in, and the rector, a high churchman and ritualist, made short work of the service in the hired room.  He turned the society out and succeeded in preventing us getting any other place and for these past fourteen tears the people have been without any evangelical service in the parish.

Lately, an old plumber’s shop in a very dilapidated condition became available, and our missionary in that neighbourhood secured it on rent for a year.  Some seats were borrowed and the old tumble-down place was fitted up for worship with as much comfort as it was possible at the time to secure.

The rector stormed and threatened , but fortunately there was a little more independence in the people who had let the old shop for a place of worship than he had calculated upon, and instead of seeking to terminate the tenancy that had been agreed on, they were willing to extend it to seven years.  The people in the village were delighted at the prospect of having simple and profitable religious services again, and they willingly aided in fitting up the room.

Now, in such a case as this, and it is not alone on the stations occupied by the Missionary Committee, we are in duty bound to maintain so far as we can, an evangelical ministry amongst the people.”