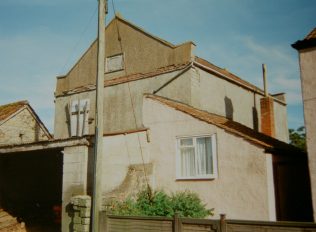 Horace Toogood gives here the following information about the chapel at Westhay.

“Opened in 1861, the chapel was built in the garden of Fern Farm, owned at the time by Joseph Toogood. The chapel was opened by Rev Thomas Powell. Rev Powell’s second wife was Joseph’s widow. The chapel was open until c.1942. In c.1956 it was sold back to the Toogood family. Dismantled in 2013 as became unsafe.”