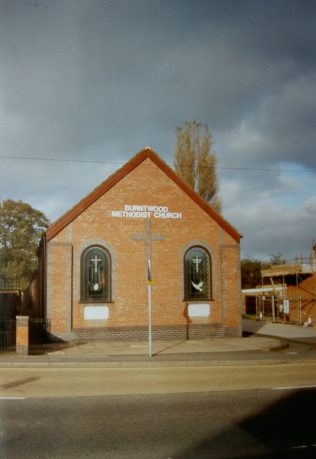 Two houses at Burntwood were registered for worship by protestant dissenters in 1830 and 1842.   In 1846 a house in what became Chase Road was registered by Primitive Methodists and in 1849 they opened a chapel in  the same Road. The attendances on Census Sunday 1851 were 16 in the afternoon (with 26 Sunday school children) and 25 in the evening; the average congregations were claimed to be respectively 35 and 50. The chapel was replaced in 1875 by one in Cannock Road, now Burntwood Methodist church (WS7 0BJ).  A rear extension was built in 1900.

The first chapel  became a dwelling then a bakehouse.