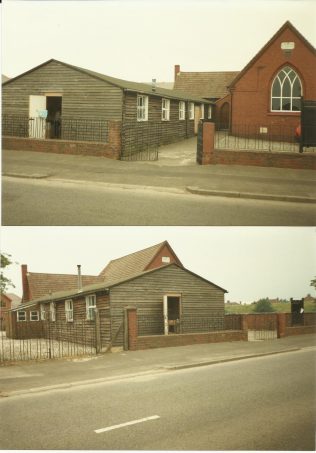 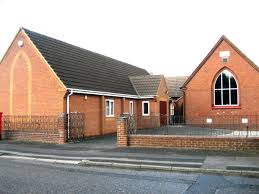 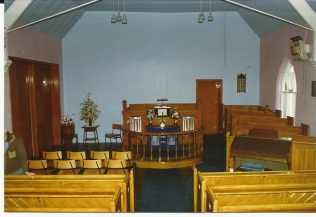 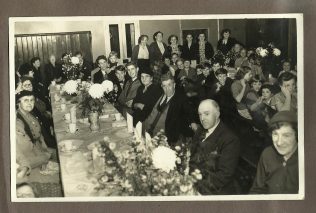 Clayhanger Bethel Primitive Methodist Chapel 1887, Clayhanger near Brownhills, Walsall, Staffs with its 1920 ex Army hut from Brocton Army Camp, Cannock Chase, the chapel as it is now with the hut’s  brick replacement, a view of the chapel’s lovely interior and one of the many Sunday School Festival afternoon “teas” held in the hut in 1954.

The document below shows some pictures of the hut during the demolition. Clayhanger Holy Trinity Primary school’s log records that the wooden hut was used as a school canteen during the 1926 Miners’ strike  and local mothers did the doing the cooking and serving.

The first Primitive Methodist Chapel in Clayhanger, which was actually a room in Cope’s large house, and stood close to the brook that runs through the village. The house has recently been described as being “close to the road , and on the right hand side of the road, with a wall around the front garden”. The 1871 Lichfield Primitive Methodist Circuit preaching plan, shown in the Lichfield Circuit information, shows that two Sunday services were held there every week

Sue Lote’s Walsall Foreign Family History blog, Clayhanger, has details of the baptism register for this first chapel, with the first entry dated  28 October1849, an infant Thomas Arblaster, son of a miner