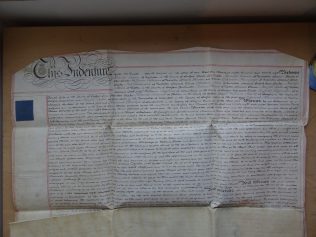 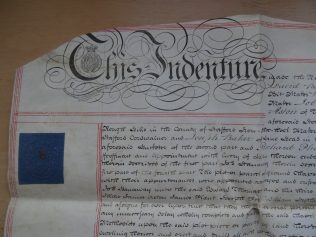 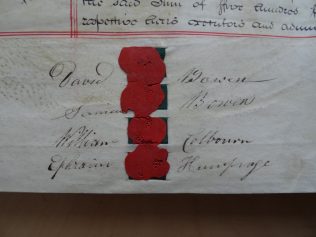 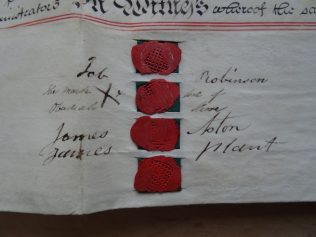 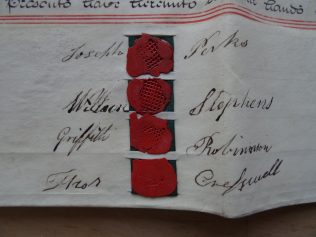 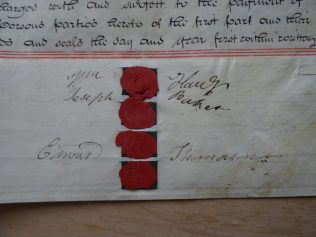 As far as we know there is no surviving image of the first Primitive Methodist Chapel in Darlaston, but this deed relates to the conveyance ‘for a nominal sum’ of ‘a plot or parcel of land, chapel, schoolroom, messuages’ etc, to trustees ‘for use of a society of Protestant Dissenters of the Denomination called Primitive Methodists.’

The names of the trustees, with their occupations, give a fascinating insight into the people who made up the society in Darlaston.  At the bottom of the indenture they have all signed their names, apart from one who can not write, so makes his ‘mark’.

Follow these links to read about the second chapel in Bell Street and the third one in Slater Street.