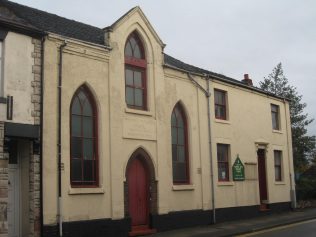 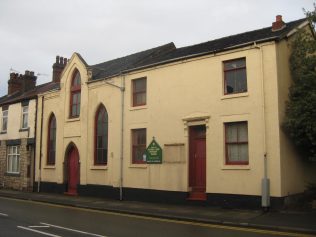 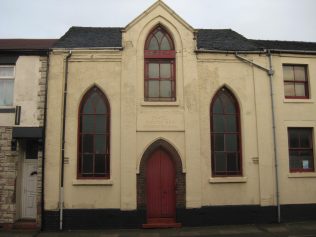 The building appears to be a chapel with a house attached. In later years it would perhaps have been a chapel and Sunday School. Cream painted pebble dash now covers the exterior brick work and the doors and window frames are painted red. In December 2015 it gives the appearance of being in a poor state of repair. This was the reason for its closure on 24th December 2014 the society being unable to maintain its upkeep.

However, the church still lives on!! The congregation have joined with Temple Street Methodist Church and they have brought new life and vitality there. Once the Chapel building in Victoria Road is sold the premises at Temple Street will undergo a major transformation. The notice board at Victoria Road continues to be used to advertise services so that the folk who live nearby and are associated with the church can be kept informed of services and events at the joint church in Temple Street.

It is always with great sadness that a chapel has to close after many years of Christian witness in an area but here the witness carries on as two congregations work together. We trust and hope that the new church will flourish for the foreseeable future keeping the Christian flame alive and bright.