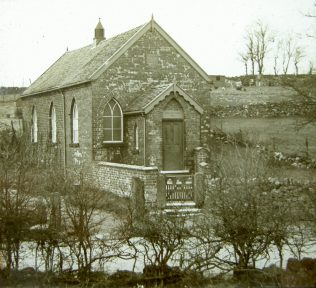 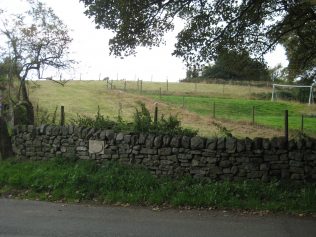 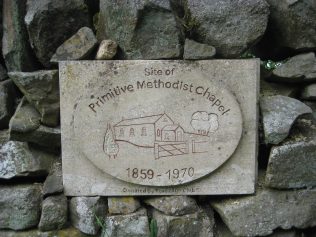 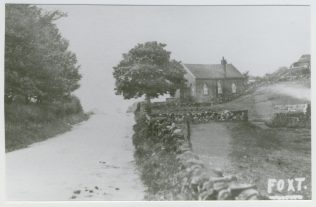 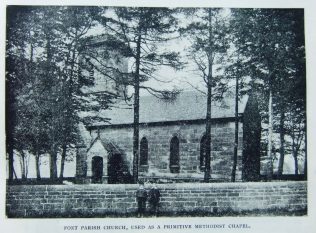 Opened in 1859, the chapel was in the Cheadle PM circuit.

It was demolished in 1970, but the site of the chapel, on the northern edge of the village, is marked by a plaque donated and thoughtfully placed by the Foxt 2000 Club.

The Christian Messenger has the remarkable story of Foxt Chapel of Ease built by the Rev. John Sneyd, M.A., of Ashcombe Hall.  It has the unique history of having been used for some time as a Primitive Methodist Chapel. “Owing to a disagreement with the Anglicans this sacred building was lent by the owners to the Foxt Primitive Methodist Society for the nominal rental of one shilling per year. In the more demonstrative days of the so-called “good old times” many a stirring prayer meeting has been held, and sinners converted therein. Several numerously-attend quarterly meetings of the old Ramsor Circuit, and also of the Cheadle Circuit, have been held within its walls. In the adjoining burial ground the annual camp meetings were regularly held. Owing to the increasing working expenses, and the financial difficulty in keeping the fabric in repair, the Foxt Society relinquished it”