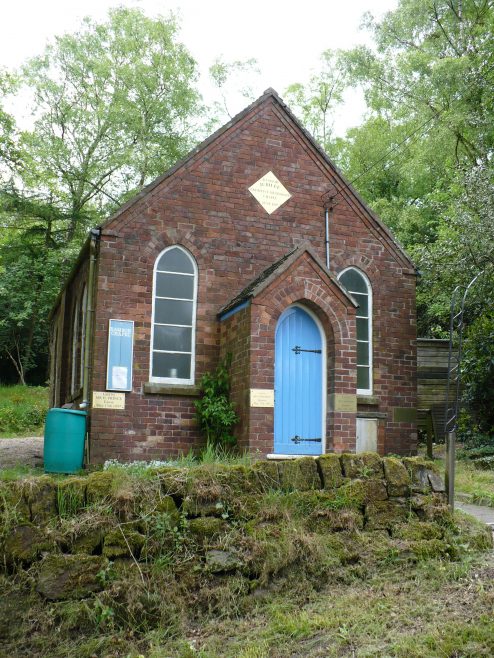 This chapel is in the hamlet of Ramshorn, usually known as Ramsor, about 3 miles from Alton Towers.

It was built in 1887, the year of Queen Victoria’s Golden Jubilee, and replaced an earlier building which existed nearby in the grounds of Chapel Farm.

The chapel is privately owned and was restored about ten years ago. It is still maintained as a place of worship and is open for occasional services.

Ramsor has played a significant part in the history of Primitive Methodism, and is frequently mentioned in the writings of Hugh Bourne. Camp meetings were held at Ramsor and in 1810, William Clowes was ‘expelled’ from Wesleyan Methodism for attending a Camp meeting there.

My great grandfather, Samuel Forrester of Denstone, was a lay preacher on the Ramsor circuit around the turn of the last century.