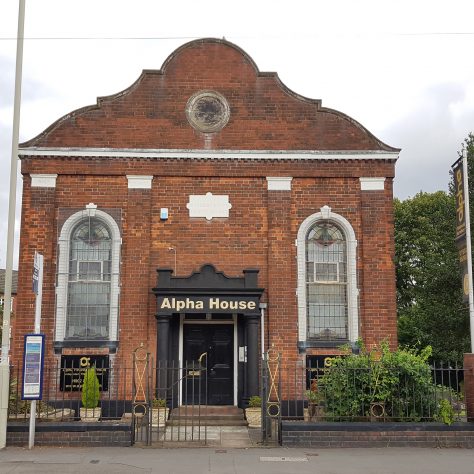 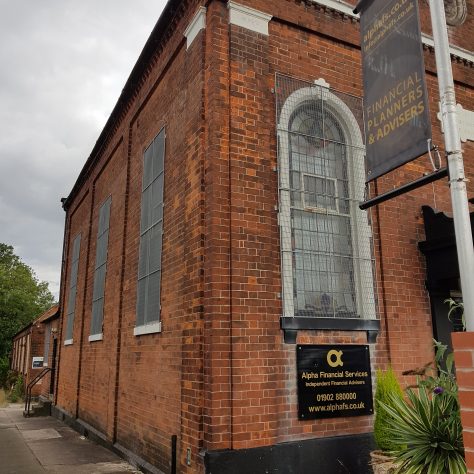 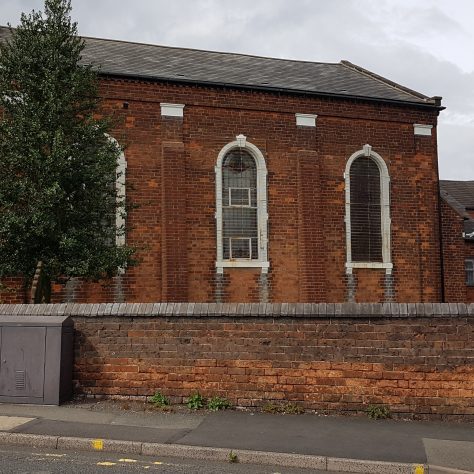 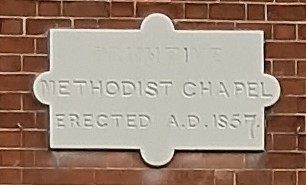 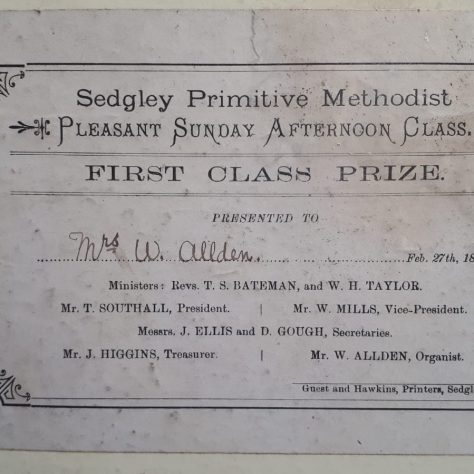 Bookplate celebrating a First Class Prize from the Pleasant Sunday Afternoon Class for Mrs W Allden on February 27th 1893. Mr Allden was the organist. The bookplate is inside a copy of Handel's Messiah.
Keith Allden 2021

It measured 43′ x 30′ and was “well lighted and properly ventilated. I wish this could be said of all our chapels – but alas!” commented S Morris in his description of the opening in the 1858 Primitive Methodist magazine.

The Sedgley Local History Website gives more detail of the chapel and Primitive Methodism in the area. It says that in the late 1950s the east facing side wall was externally buttressed to prevent possible collapse, but by the end of the century the building was declared unsafe and services moved to the Sunday school.

In July 2016 it is Alpha House, home of Alpha Financial Services.