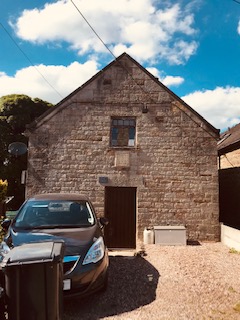 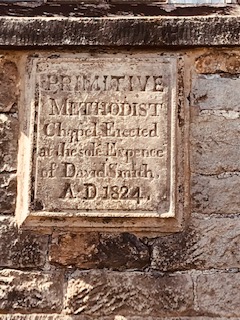 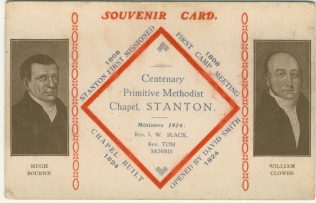 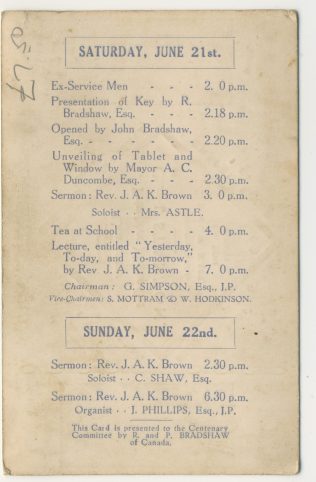 Stanton is a village in Staffordshire, south west of Ashbourne.   In the nineteenth century, the village was based on agriculture and sandstone quarries.

The Centenary of the Stanton Primitive Methodist chapel was celebrated in 1924.  The chapel had been built in 1824 and on Google Street View in 2009 appeared to be still in use. However, it is not on the chapels list on the Methodist website in 2016.

The stone over the door reads “Primitive Methodist Chapel erected at the sole expense of David Smith. AD 1824”.

The postcard tells that the village was first missioned in 1808 – two years before the formal setting up of the Primitive Methodist denomination. The card was “presented to the Centenary Committee by R and P Bradshaw of Canada.”