You are here: HomenextChapelsnextStaffordshirenextSnextStubwood PM Chapel 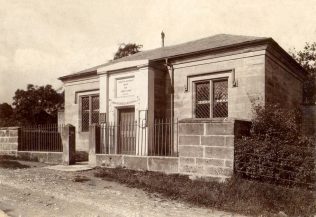 zoom
Stubwood chapel, before the road was metalled 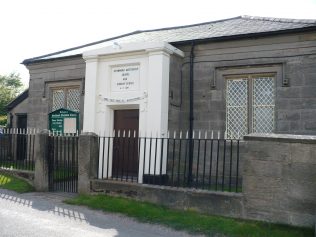 zoom
Stubwood Chapel as it is today 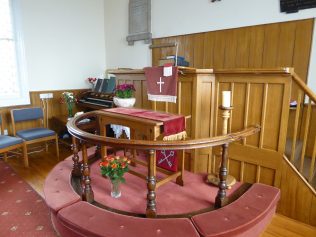 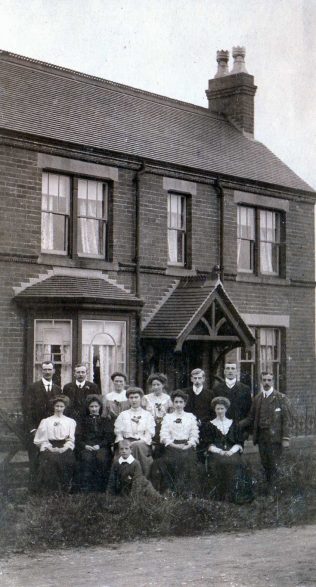 zoom
Bourne Manse, Stubwood. Demolished in latter half of 20C 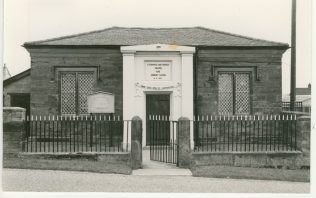 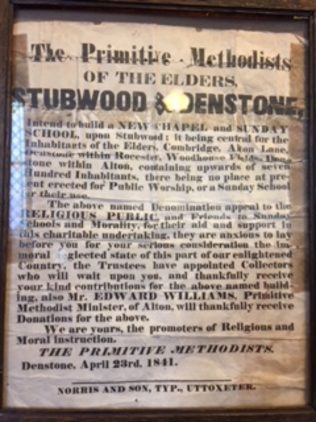 zoom
This poster is on display in the chapel. Published in 1841, it gives notice of the intention to build the chapel.
David Leese

Stubwood Primitive Methodist Chapel was built in 1841. It was previously in the Ramsor circuit, now the Dove Valley Methodist Circuit.

The Primitive Methodist Magazine of May 1842 (see attached transcription) reported that the chapel ‘is built in the Elizabethan style of architecture. It is built of Hollington stone, thirty feet long by eighteen wide inside, and twelve feet high from floor to the ceiling. It is well lighted, has a boarded floor, a neat pulpit and a sufficient number of forms. The chapel is parted by palisading about three feet high. One part is for preaching, and the other for a Sunday School; and the whole may be used as a chapel when needful. At the front there is a vestibule, with double entrance having one door leading to the chapel, and the other to the Sunday School.

Over the entrance is inserted on drapery work:

“Take fast hold of instruction”. And in the niche over the door is inscribed:

There is a yard in front enclosed by a stone wall, with an iron gate and palisading, and nothing has been spared to make the whole convenient and comfortable; and some of the best judges consider it to be one of the best constructed and best finished chapels in the country.

The sermons at the opening were preached on Sundays November 14 and 21,1841, by R. Jukes  from the Darlaston Circuit and Mr. Gee from Sheffield. The chapel is regularly settled on the Connexion’.

There are two plaques in the chapel, one in memory of Arabella Carnall (1800-1883) who was

‘for 48 years a consistent member of the Primitive Methodist Connexion, and was the Superintendent of the Stubwood Sunday School for 28 years’

‘He was for nearly thirty four years a laborious and successful minister of the Gospel in the Primitive Methodist Connexion. And through his liberality and influence this chapel and Sunday School were erected. After superintending the School under the Great Head of the Church to the satisfaction and good of the public for seven years, and paying the remaining debt of ninety pounds, he calmly closed his eyes in death and his spirit returned to God who gave it. Blessed are the dead who die in the Lord’.

A comparison between the old and present day photos show that the outward appearance of the chapel has barely changed over the years. Inside it is light, airy and welcoming, the dividing palisading has been removed and kitchen and toilet facilities have been added. The original pews and pulpit remain.

An oak communion table was given to the chapel in 1928 by Samuel Forrester, a local preacher, and his wife Elizabeth, to mark the occasion of their Golden Wedding. They also gave a plush pulpit cover and runner, which amazingly still survive to this day.

The first communion cup used by the Stubwood Primitive Methodist Society is in a display case on the wall by the pulpit.

An 1860 Primitive Methodist Preachers plan of the Ramsor Circuit hangs in the vestibule.

The chapel has a small but enthusiastic congregation. The 175th anniversary is to be celebrated next year.

Downloads
Opening of Stubwood chapel (76 KB Adobe Acrobat document, opens in a new window)
account of the opening of Leintwardine chapel, transcribed by David Tonks from the Primitive Methodist magazine of May 1842 page 193-194