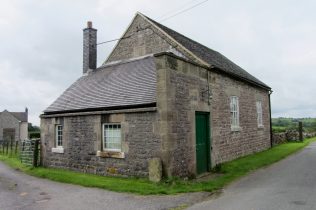 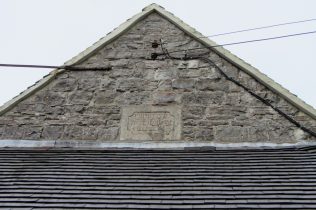 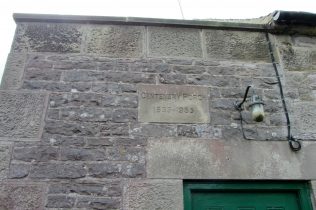 Already included in the 1812 Tunstall Circuit Plan, Swinscoe was an early centre of Primitive Methodism. Constant growth of the movement was evident here when Samuel Heath, a visiting preacher, noted with delight in his Journal “two souls professed to find the Lord” during his visit at the start of the 1820s. By then Swinscoe belonged to the Ramsor Branch of the Tunstall Circuit, as shown in the 1821/1822 Circuit Plan.

For years, services were held at local farms but, with the increase in the congregation, work began to build a chapel. A local farmer, Thomas Howson, conveyed the stone for it by horse and cart and helped in the construction of the chapel. In August 1835 James Bourne, Hugh’s brother, preached at the opening of the Primitive Methodist Chapel in Swinscoe.

Nevertheless the Chapel in Swinscoe continued to thrive and in 1919 it was registered for solemnising marriages. The Chapel also held an annual tea-party at Whitsun, as reported in the Derby Mercury in 1860. These gatherings continued and for much of the twentieth century were attended by descendants of the Howson family who returned each year to their ancestors’ place of worship. In 1935 a porch was added to the building to mark the centenary of the Chapel.

However the Chapel was closed in June 1981 and sold the following year.