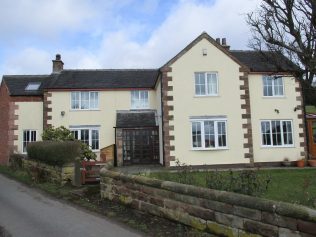 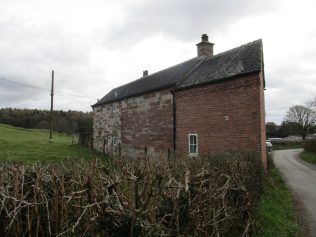 The Fowler family of Brown Bank Farm had laboured indefatiguably to raise money to meet the £100 cost.

The chapel was still in existence as a Methodist church on the Ordnance Survey map of 1955 but has disappeared by 1970.  Chapel House is clearly visible on StreetView.  Was this the chapel?

Threapwood Head Primitive Methodist Chapel, opened on 2nd August 1835 by James Bourne. The money to build it, £100, was raised through the efforts of John Fowler of Brown Bank Farm and his family. James Bourne’s son, James, was married to John Fowler’s daughter, Ann.

In the collection at Englesea Brook is a letter written by Ann from Bemersley to her parents telling them that Hugh had died letting them know about the funeral arrangements.

I have delayed writing as Mr. Hugh has gradually been growing weaker until last night when he changed time for eternity about 6 o’clock.

Dear Father you are particularly requested to attend the Funeral on Sunday morning at seven o’clock as they intend setting off from Englesea Brook exact at nine. You are desired to come on the Saturday night and bring a horse with you. We shall invite 14 or 16 but I expect a great company. I thought I would write in time so that you might be in readiness. Mr. Bourne has gone to order the vault built.

I remain your dutiful Daughter.