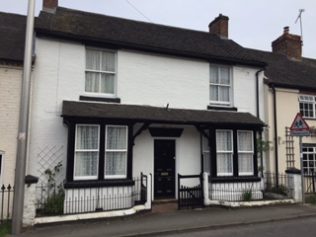 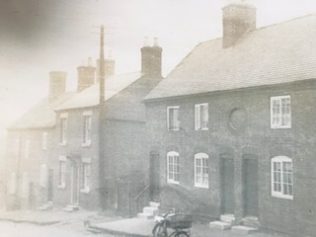 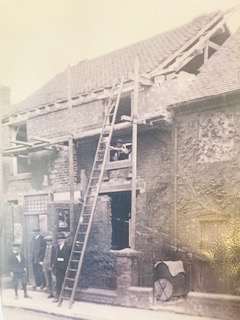 The first Primitive Methodist chapel was in Castle Street, but moved in 1831 to a chapel in Cornmill Lane. This was closed in about 1914 and converted to a domestic dwelling in the 1930’s. It is now numbered  6A.

The style of the building is clearly different from the other houses in the street, but there is nothing that would obviously indicate its original use.

The local Tutbury museum have provided the two early images. The first depicts the first PM chapel in Castle Street Tutbury, pre-dating the 1831 chapel. The museum suggests that the chapel was the building at the extreme left of the photograph- buildings no longer existing.

The Tutbury museum has a copy of “Medieval Tutbury” by Rev. N Edwards, which refers to Elizabeth Evans missioning the village after her experiences visiting in Derby Goal, (depicted in “Adam Bede”). This account indicates that she was invited by local people and not by the minister. She encountered some opposition but preached, according to the account, in the Castle Street chapel- which if it is true indicates that it had to be the Primitive Methodist congregation.