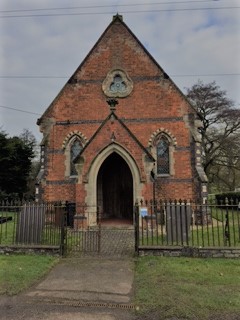 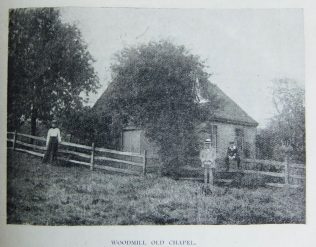 The parish of Yoxall had two Primitive Methodist chapels both located out of the main village settlement. One was to the east at Woodhouses, and one to the west at Woodmill. Woodmill chapel is found north of Yoxall turning left off the A515 road towards Hoar Cross. The first chapel was erected in 1823, but present building was built 1870. It is a Gothic structure surrounded by a graveyard. It remains open in 2017, latterly part of the Burton on Trent circuit, now as a part of the Trent and Dove circuit.